The fuel pump relay, located deep inside the TIPM, is the most common relay to fail since it's powered on 100% of the time while driving. You likely found this website because your dealer wants to change your fuel pump ($600+) or TIPM ($1500+). Symptoms include: 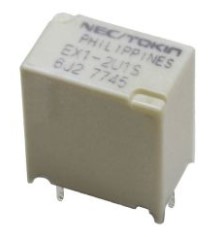 NOTE:   If you turn your key or push the start button and nothing happens (ie. your starter does not rotate the engine), you have a starting issue that is unrelated to the fuel pump circuit and our parts will not help. 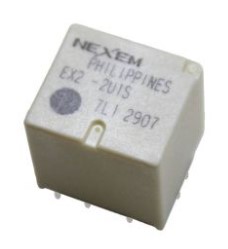 Problems with front and/or rear windshield wipers (on/off, high/low speed), door locks, front and/or rear washer fluid, horn, backup lights, and other relays are becoming more common with time.  The most common double relay (two relays in one enclosure) failures are 2007 and newer Jeep Wrangler wiper and door lock issues.  These relays are used less often, but are similar to the fuel pump relay in that they fail to power on the device and sometimes get stuck in the on position.  Most failures result in the function being inoperable.  Most of the time, functions that are located on double relays (wipers, door locks, washer fluid) will fail in pairs, which means you will lose two functions at the same time.  If you experience loss of two functions at a time, there is a very good chance the double relay has failed.  Symptoms include:

You can save thousands of dollars by implementing one the proven solutions listed on this page for a fuel relay problem.   A TIPM repair is often the cheapest solution for wiper, door lock, washer fluid, horn, and backup light problems.  We also encourage you to file complaints at the following locations: CAS, Car Complaints, and NHTSA.